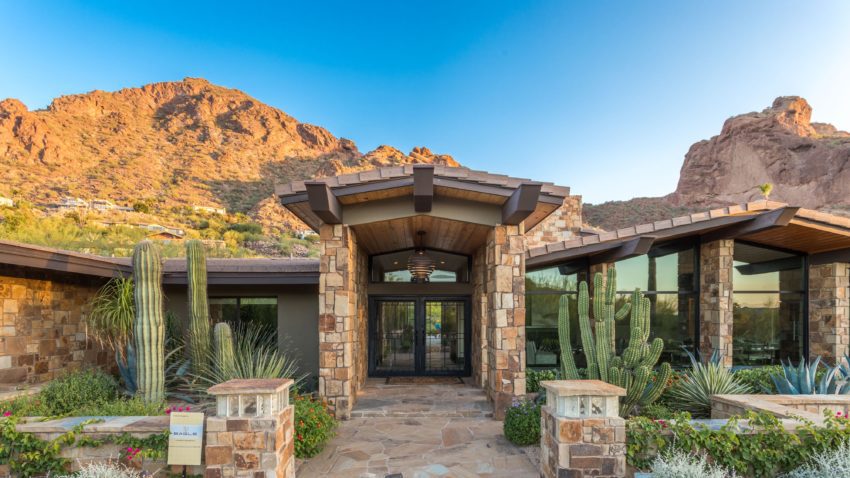 By now, you’re probably getting pretty good at making adjustments in your everyday life to protect the health and safety of yourself and those around you. Along the same lines, there are steps you can take to show your home to potential buyers without risking your health or hurting your chances of a sale. Here are some tips to prepare your home for sale in the coronavirus era!

Get Help with Staging
According to The Mortgage Reports, staged homes sell an average of 73% faster than non-staged homes. Staging involves eliminating clutter, incorporating decorative elements, and adjusting the layout of your furniture to improve the flow of your home. The overall goal is to make your home appear bigger, brighter, and more inviting to potential buyers. Fortunately, some staging steps are easy to tackle on your own, such as cleaning, decluttering, and depersonalizing. These steps will help buyers picture themselves living in your home instead of feeling like intruders in someone else’s space.

When it comes to décor, however, it’s best to hire a professional. An interior designer can help you stage your home to effectively show off key aesthetic elements as well as the features that make your space functional. You can easily find freelance interior designers on job boards like Upwork. To keep yourself and your designer safe, make sure they have adopted special procedures to conform with CDC recommendations for COVID-19.

Don’t Neglect Your Curb Appeal
Don’t let your home preparations stop at your front door! Even if buyers aren’t visiting your home in person, they will still want to see your home exterior. In fact, a picture of your home exterior will likely serve as the bait that draws potential buyers to your online listing. Don’t neglect your curb appeal!

Tool Review Lab recommends several ways to boost your curb appeal—even if you’re on a tight budget. For example, you could power wash your front porch and siding, install a new mailbox, hang modern house numbers, and do some basic lawn maintenance.

When it comes to your front yard, make sure your lawn is lush, freshly mowed, and free of weeds and dead spots. Consider planting new flowers and remember to weed and mulch the beds to keep everything looking neat. You may even want to hire a professional to give the trees and shrubs around your yard a good trim.

Consider Safer Showing Alternatives
While it’s clear that hosting an open house is off the table, you may also want to limit in-person showings. Offer your buyers no-contact alternatives! Shoot a video walkthrough of your home and upload it to your online listing so buyers can tour your home virtually. You could even schedule live video-chat showings with interested buyers so they can ask questions about your home or request specific shots of rooms or features.

Since buyers will form a first impression of your home based on your listing, make sure it does your home justice. Write a strong listing title, include a detailed and exciting description, and post plenty of high-quality photos. A great real estate agent can help you craft your listing so that it properly showcases your home’s best features. Your real estate agent can also help you navigate virtual showings! Take the time to find a professional who is well-versed in using online tools to connect with buyers.

Selling a home in the age of the coronavirus is bound to be a bit of a challenge. Thankfully, the real estate industry has been quick to adopt virtual alternatives to open houses and buyers are happy to continue their housing hunt online. With some special attention to staging and a solid virtual presence, you’ll have no problem closing a sale during the pandemic!

The coronavirus pandemic and, especially the lockdown that has had people around the world sheltering in place, may have forever changed how we perceive “home” and what we are looking for when it comes to our little place in the world. 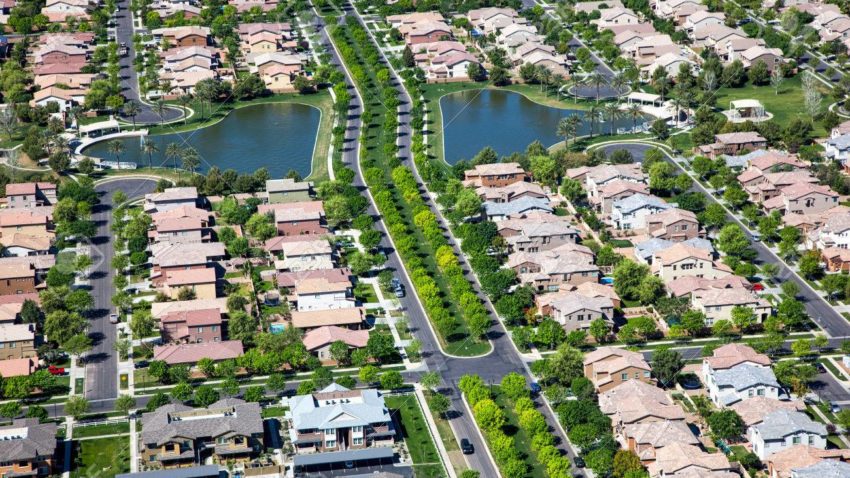 “The coronavirus pandemic has many Americans rethinking the kind of lifestyle they want,” said MANSION GLOBAL. “Apartment living in central, densely populated urban areas is losing its appeal as residents are subject to building restrictions and risk coming into contact with people infected by the virus.”

Real estate agents and companies across the country are reporting a heightened interest in buying homes in the suburbs. In many cases, buyers are even accelerating their purchases to get out of the city and into a suburban home now.

“The pandemic has altered how residential property is bought and sold, changes that aren’t likely to disappear any time soon and that could reshape the American dream long after the current crisis has passed,” said USA Today. “A growing number of Americans are considering fleeing cities for the suburbs, to put more distance between themselves and their neighbors.”

USA Today reports that searches for real estate in small towns is up exponentially over major metro areas. Also driving this trend: An increase in work-from-home flexibility. “Remote work will become more prevalent,’’ said Lawrence Yun, chief economist for the National Association of Realtors (NAR). “That means there is less need to be close to the job centers. Suburbs and exurbs (areas situated beyond the suburbs and in, or adjacent to, rural areas) will get a greater interest. In addition, a larger single-family home with extra elbow room will be desired, such as dedicated office space and a personal gym.”

A new Harris Poll backs up that assertion. It found that “almost a third of Americans are thinking about moving to less densely populated areas,” said USA Today. “And 43% of city dwellers had recently checked a real estate site for a house or apartment to rent or buy as compared to 26% of those in the suburbs, and 21% of those in rural areas.”

In places like New York City, known for its density and also for being one of the world’s coronavirus hotspots, “There’s a sudden rush on real estate in the suburbs,” Alison Farn-Leigh, a sales agent with Berkshire Hathaway, told CBS Local. “I would describe it as nothing short of a frenzy. I get a lot of, ‘In one to two years, we knew we were going to do this, but now, we have to do it now.’”

Despite waning activity in many places, suburban areas around New York are on fire, and it’s especially prevalent among high-end buyers. “New York’s wealthy are moving their money—and often their families—into surrounding suburbs and exurbs as they look to escape a crowded lifestyle and reduce their risk of contracting coronavirus,” said CNBC.

The numbers are astounding. According to FlatRate.com, “Compared to March 15 through May 10 of last year, requests for moves within New York City dropped 30%,” said CBS Local. “Meanwhile, moves from the city to Connecticut are up 80%, to Long Island up nearly 60%, to New Jersey up nearly 43%, and to Westchester up 33%.”

Real estate advisor Owen Berkowitz of the Berkowitz Marrone Team at Douglas Elliman told CNBC that he “can’t remember the last time we were this busy,” while “Eighteen people are waiting to see a home in Greenwich, Connecticut, that is renting for $65,000 a month,” another broker said.

If you’re considering a move to the suburbs, here are a few things to consider:

The commute— If you’re within close proximity to work now, you’re probably not excited about having to spend an hour or two—or more—in the car every day. Then again, more flexibility might mean living farther away won’t be an issue. If you will be commuting, it’s recommended that you do the drive a few times during rush hour so you can make sure you can endure it on a regular basis.

The yard— If you’re coming from an urban area, especially if you live in apartment or a condo, you might not have any outdoor space at all. And while you may be envisioning a great big yard, many single-family homes today—at least in a moderate price range—are rather short on outdoor space. Still, having a yard of any size will require upkeep. Don’t forget to factor in the cost of landscaping and ongoing maintenance when you’re creating your homebuying budget.

The amenities— The suburbs are loaded with newer construction and master planned communities, many of which have amenities like pools, trails, and clubhouses. Of course, purchasing in one of these communities typically means you’ll be paying Homeowner’s Association (HOA dues) as well as additional fees in some areas. Be sure you know about all the additional costs of specific neighborhoods when house hunting.

The stuff to do— It’s an exaggeration and a generalization to say there’s nothing to do in the suburbs. You might be surprised at how good the local restaurants are and how many entertainment and cultural options are nearby, not to mention abundant recreational opportunities. But if you live in the city and, especially, if you’re in an area where you can currently walk to your favorite café, the theater, and museums and galleries, you might be in for a rude awakening. While some suburban communities are veering toward greater walkability, many will require you to drive to your new favorite spots. While you’re considering suburban areas, you might also want to take a look at the nightlife, if that’s your thing. Eateries and bars might be more likely to close at a “decent hour” instead of staying open until early morning.