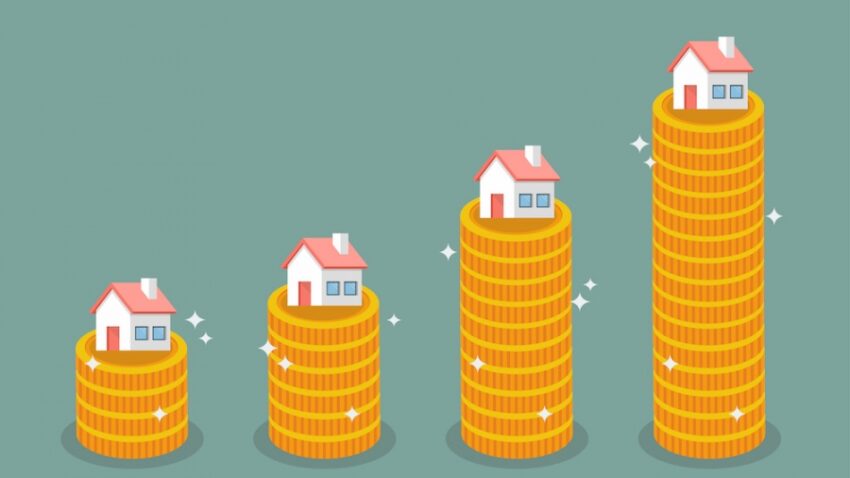 If you’ve ever gone online to check out the value of your home or to make comparisons, you aren’t alone. Online home value estimators can be a handy tool in some cases, but you have to understand their limitations.

Zillow’s Zestimate is perhaps the most well-known estimator, but Redfin has one too.

Below, we talk about what you should know about home valuation tools, also known as automated valuation models or AVM.

What is an Automated Valuation Model?

AVMs are computer-driven algorithms and formulas that use basic property features paired with pricing trends and local market information to create a value range or an estimated value for a home.

There are some cases where a lender might use an AVM to quickly get a potential estimate of the value of a property.

All the AVMs use their own formulas and may pull data from different databases. As you might imagine, the estimates’ reliability and accuracy depend primarily on the quality and integrity of the data they’re pulling information from.

There are a lot of underlying assumptions made with an automated model.

For example, AVMs work on the assumption that all properties are in a similar condition to one another. There’s no way for these automated algorithms to consider if a home is in poor condition or if upgrades have been made.

Due to the fluctuations in the figures AVMs come to, lenders will set policies on whether they’ll use them and, if so, which they’ll use.

How Do Zillow Zestimates Work?

Zillow’s well-known Zestimates are based on what the company says is a proprietary algorithm. Zillow reports the estimates include data from public records and data users submit.

The company doesn’t claim that they’re 100% accurate. If all the properties within a small radius are similar, the prices are more accurate because there are less likely to be major variances throwing off the algorithm.

If the estimates come from a neighborhood with older homes, they’re likely to be less accurate. Some homes will have been improved and maintained over the years, and others won’t have been.

The accuracy of a valuation is measured using an error rate. An error rate calculates how often the algorithm is wrong. More specifically, how often the value of a property as measured by the AVM is very different from the sales price of a home.

That can sound pretty accurate at first, but it’s less impressive when you figure out how many tens of thousands of dollars these variances can represent.

The Zestimate median error rate goes up to nearly 7% for off-market homes. If a home hasn’t been sold lately, there’s not much data that an AVM can pull on it.

Over time, the algorithms tend to get more accurate. Zillow says that it will make offers to buy homes at their Zestimate price in some markets, or at least it did when Zillow Offers was operational, which it recently announced was closing down.

Realtor.com takes a different approach when it offers online users home value estimates. The company pulls estimates from data provided by different companies it partners with. There are three estimates so that people can see the picture of how much their home is worth is more variable than what they might get from just one figure.

Redfin and Zillow are two competing tools for estimating the value of a home. They can sometimes give different figures for the same property.

Overall, Zillow’s Zestimate seems to be more accurate. The median error rate is a little lower than what’s calculated for Redfin, including both on-market and off-market properties.

Redfin is very transparent, though, which is an advantage it has. Redfin provides a lot of information on how they get their figures.

You have to remember that while these tools might give you a general idea of how much a home is worth, they’re not the same as an appraiser.

Before a lender signs off on a home loan, they require an appraisal. Appraisers do a walk-through and then write a report. They will also include market data and comparable properties, so this will be much more accurate than what you see online. 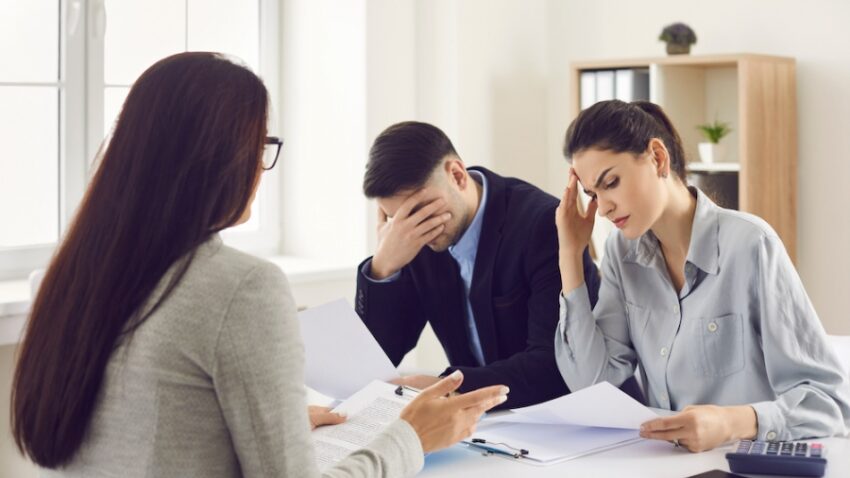 It’s normal to romanticize buying a house. It’s one of the biggest things you do in life, and you may have dreamed of the time when you could become a homeowner. While there’s a lot to be said for the upsides of purchasing a home, that doesn’t mean it’s not a tough process.

Particularly in the current market, buying a house can be frustrating and demoralizing.

Sometimes, knowing to prepare yourself for letdowns and challenges can help you make a smarter decision overall.

According to homebuyers, the following are the worst parts of the process with that in mind.

Home prices are at historic highs right now. Certain markets are more affected than others, but almost across the board, this is true.

There are many reasons for the high prices, from inflation and supply chain issues to low inventory.

It’s tough because what someone could have afforded in the market that existed just a few years ago isn’t today’s reality.

In line with the high prices buyers are facing universally right now, you have to make sure that you’re not overbuying. What happens to many people when they buy a home, particularly if it’s their first time, is that they let emotion take over.

You might have gone into the process with a clear budget, determined to stick with it.

Then, you get into the heated, competitive marketplace and fall in love with a home out of your budget.

You might develop an emotional attachment to that home, and you could spend either more than you can afford or more than it’s worth.

Keeping your emotions in check is one of the most difficult parts of buying a home for a lot of people.

You have to remind yourself repeatedly to stick with the facts rather than emotions.

Being in a Bidding War

Bidding wars are everywhere right now, as you might realize. Some people put in a full-ask, all-cash offer for a home and are promptly outbid. It’s such a competitive marketplace, and the emotional component can again come into play.

If you’re part of a bidding war, it’s easier to get caught up in what’s going on at the moment and pay more than you should. You might theoretically be the winner, but you could be the loser because you’re paying more than the house is worth.

There can be significant financial consequences of overpaying for a property, no matter what the market is like right now. Mortgage lenders only give loans based on the property’s actual value, not what you want to pay. Even if you bid the price up, that doesn’t mean that’s the loan you’re getting.

At the same time, if you keep getting outbid, it can also make you feel frustrated and like you’re never going to find a home. Plus, if you’re renting, you’re continuing to put money toward that.

The paperwork that comes with getting a mortgage and buying a home is challenging.

Just how complex and burdensome the paperwork is can vary depending on the type of loan you’re trying to get and your financial situation.

If you’re self-employed, you’re probably going to find the loan process is the worst part of buying a house. You have to show years of bank statements and tax returns.

As you wait to finalize your loan, you might feel anxious about everything. Your loan might not even be finalized until a few days before closing, and there’s uncertainty as you feel like you’re in limbo.

While there are certainly downsides that come with buying a house, the reward will be worth the sacrifice if you take your time and make a good financial choice. 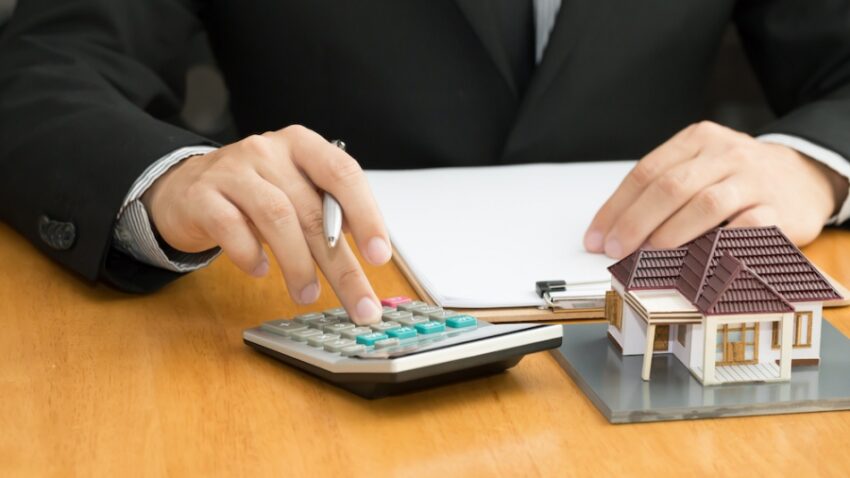 Unfortunately, overpaying for a house is a common issue among buyers right now. The market is incredibly hot across the country. The demand for homes is high, and the supply is low. Many people are trying to buy houses only to find themselves in bidding wars.

Bidding wars can make it more likely that you overpay for a house.

When you overpay for a house, you’re going to spend more on everything, including the down payment, the closing costs, and the thousands more you pay in interest over the years.

So how do you know you could potentially be overpaying? No matter what your emotions are telling you, the following are signs and red flags to watch out for in the process.

The Listing Price Is Different From Comps in the Area

If you find a home that you feel is what you’re dreaming of, but the listing price seems out of line with the sales of comparable properties in the area, it’s potentially a red flag.

It could be that the seller priced their home based on the values of neighboring homes instead of what they’re selling for.

Working with an experienced real estate agent who understands the current market can help you a lot here.

You have to look beyond the value of a home. You have to consider the community, the local school district, and many other factors. Again, your realtor should already understand these factors and be able to negotiate on your behalf with these in mind.

Homes in the same neighborhood should be similar in price. There will be variance based on things like size, but generally, the features will be similar enough that you can use comparables as a good guide.

Online valuation tools have their flaws, but they’ve gotten significantly more accurate over the past few years.

If you go online and valuation tools value a home lower than the list price, you could be in the danger zone for overpaying.

Of course, you have to keep everything in context, so maybe the kitchen is recently remodeled, in which case the home might have a bit of a higher value.

This red flag can take a little more research to figure out but if you’re looking at a home with comps similar to sellers who have taken theirs off the market, keep this in mind.

An agent will have access to homes that were taken off the market. If the asking price on these unsold homes is similar to what you’re looking at, it could be overpriced.

It’s Been on the Market for a Long Time

If a home has been on the market a long time, you could be at risk of overpaying. A home that’s priced too high doesn’t get showings or interest and then doesn’t get offers. You need to think carefully about why other people might be passing on the home.

No matter the value of a home, if you pay more than what you can comfortably afford, then you’ve ultimately overpaid.