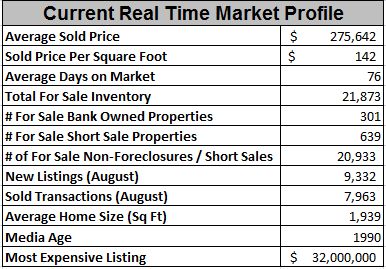 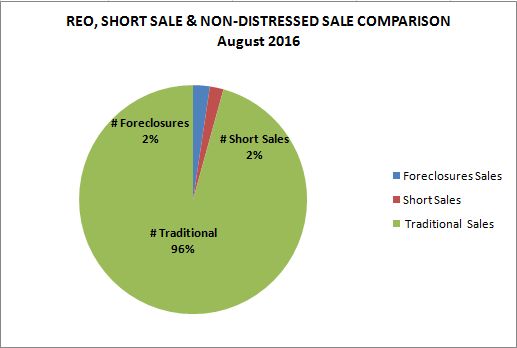 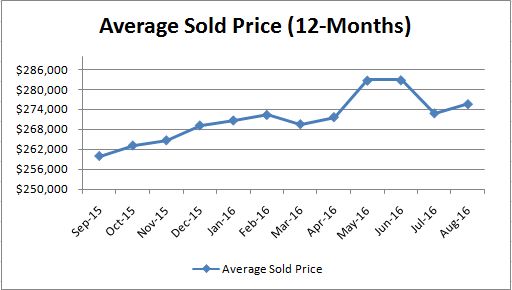 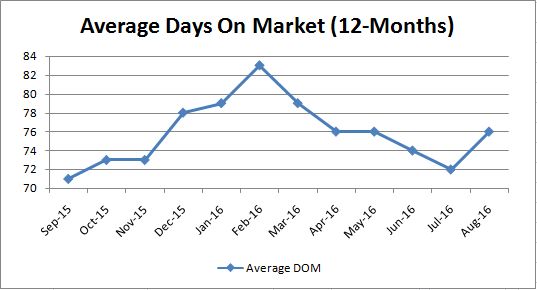 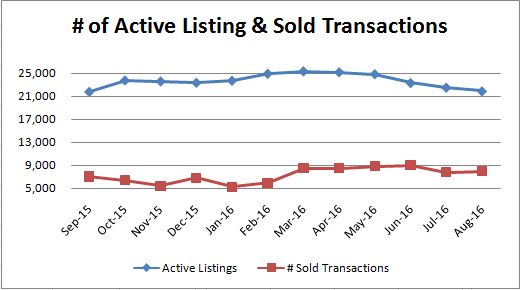 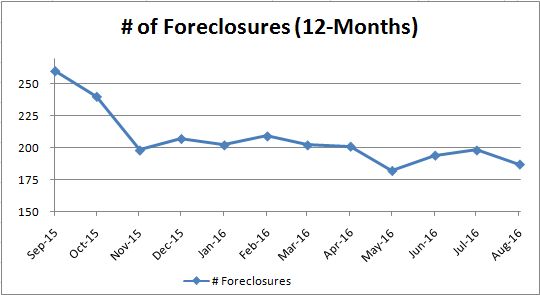 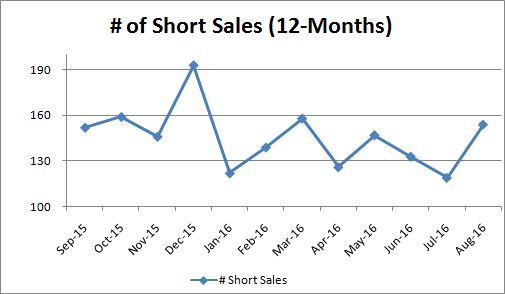 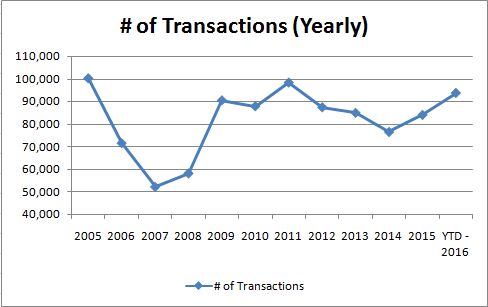 The volume of foreclosure purchases since September 2015 (12 months ago) has decreased approximately -28.1% and the volume of short sales increased of approximately +1.3%. Since August 2013 the number of foreclosures have decreased -228.3% indicating a healthy market. Also, since August 2013 the volume of short sales have decreased -344.2% because the inventory of homes “up-side-down” have been exhausted and values have risen to a point where consumers can break-even or sell with some equity but some homeowners are still up-side-down if they purchased their homes between 2005 and 2007.