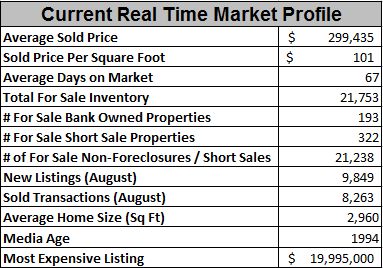 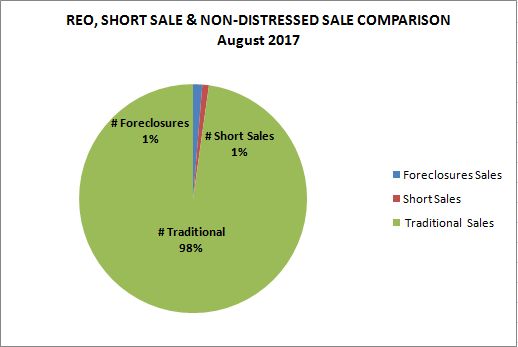 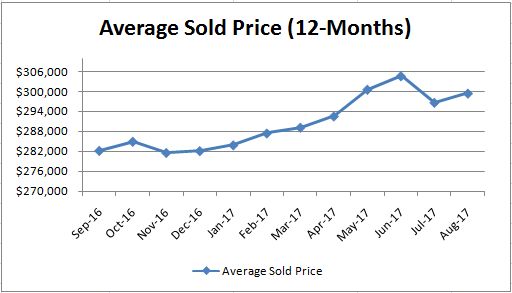 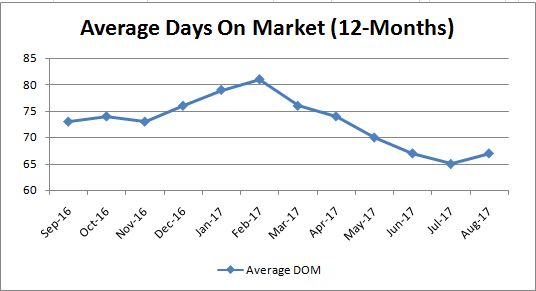 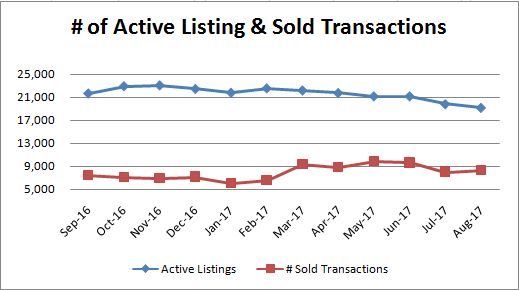 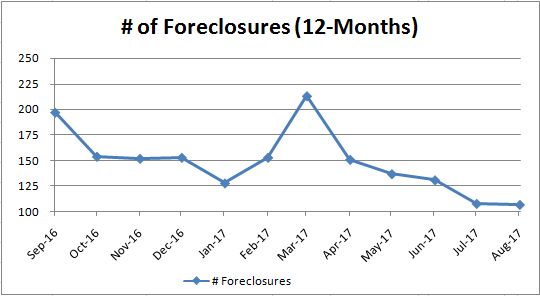 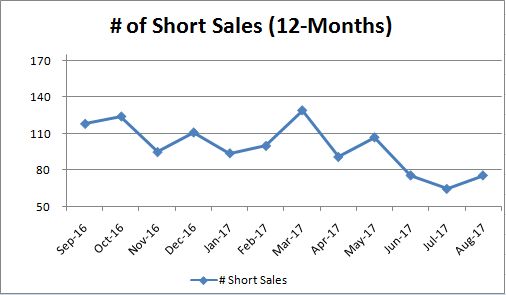 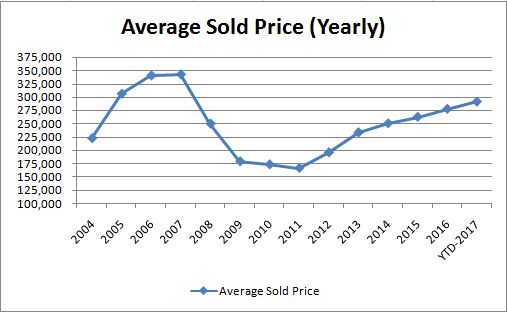 The average sold price increased from $296,650 in July to $299,435 in August which is a +0.9% increase. Historically, since 2014 the average sold price has declined from July to August and doesn’t start to increase until late September and early October. Overall, the average sales price since September 2016 (12 months ago) still has an appreciation rate approximately 6.1% (up from last month) or from $282,128 in September 2016 to $299,435 in August 2017. In 2014 real estate prices only appreciated 4.5%, in 2015 5.5% and in 2016 4.2% where according to the National Association of Realtor the average annual appreciation rate is 5.4%. Therefore, Phoenix is still above the national appreciation rate. Since September 2016 (12 months ago), the average days on market has decreased approximately -8.2% (up from last month) and the number of sold transactions has increased approximately +11.0% (up from last month).

The volume of foreclosure purchases since September 2016 (12 months ago) has decreased approximately -45.7% and the volume of short sales decreased of approximately -35.6%. The current percentage of foreclosure sales and short sales sold is only 1% of the market which indicates a healthy market. Unfortunately, there are still some homeowners who bought between 2005 and 2007 that are still up-side-down as shown in the yearly average sold price chart above.