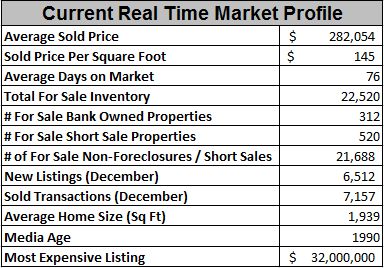 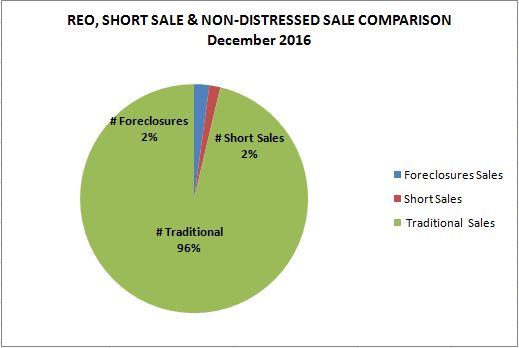 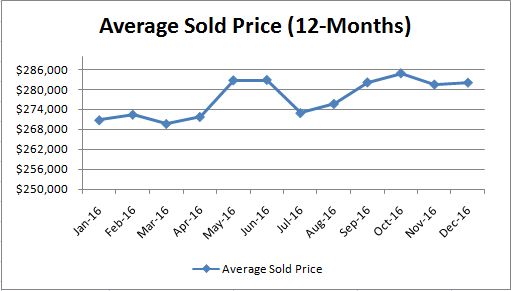 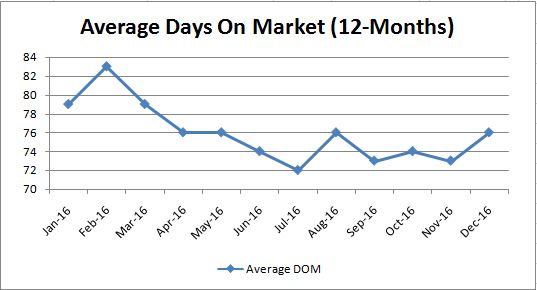 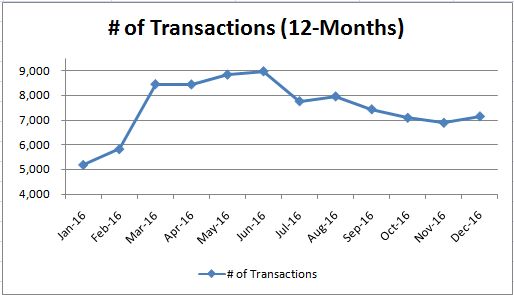 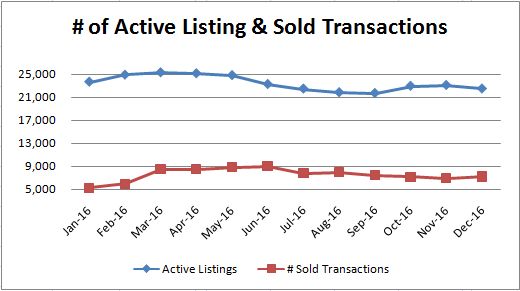 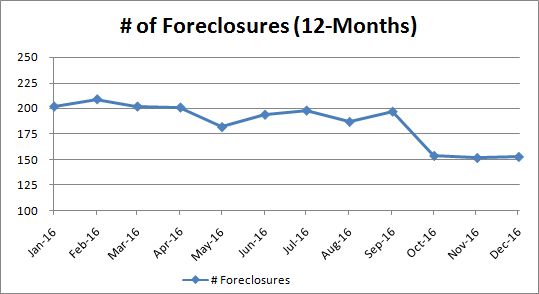 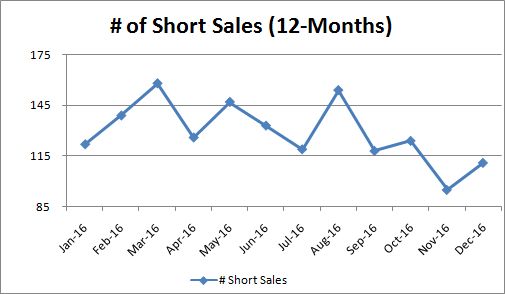 In July 2016, the average sold price took a steep dive south to $272,845 but the average sales price has recovered to price levels seen in the beginning of the summer at $282,054 for an overall appreciation rate for the year at +4.2%. Since 2014 this appreciation rate is typical for the Phoenix market since the appreciation rate in 2015 was +5.5% and in 2014 the appreciation rate was +4.5%. Another interesting factor to consider is how our new president and the Fed’s plans to raise interest rates in 2017 will affect real estate prices in the near future. Since January 2016 (12 months ago), the average days on market has decreased approximately -3.8%% (up from last month) and the number of sold transactions has increased approximately +37.8% (up from last month).