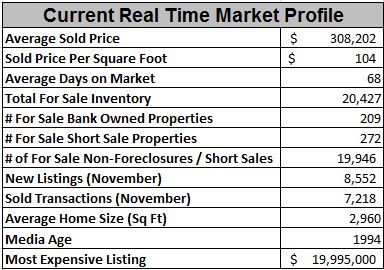 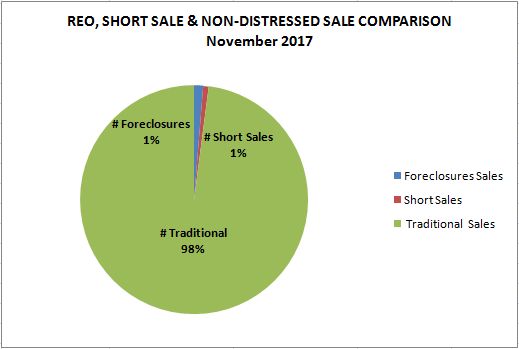 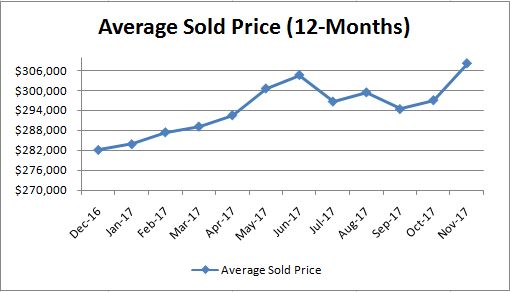 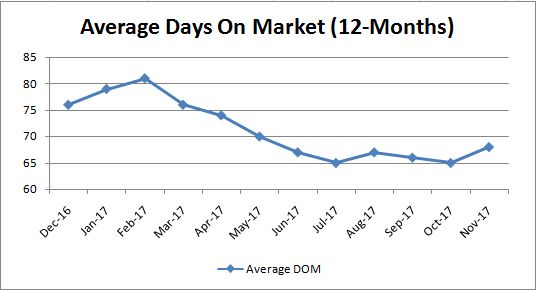 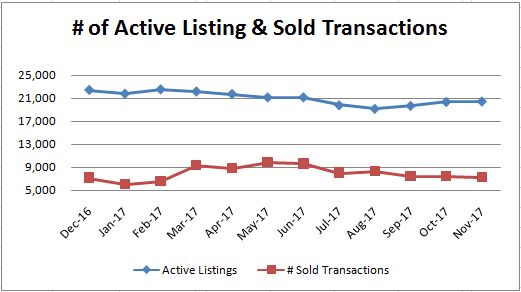 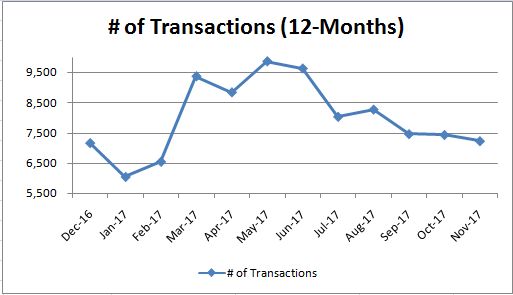 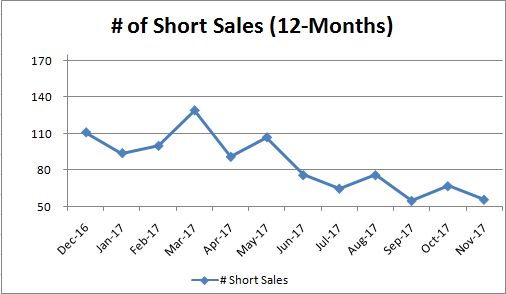 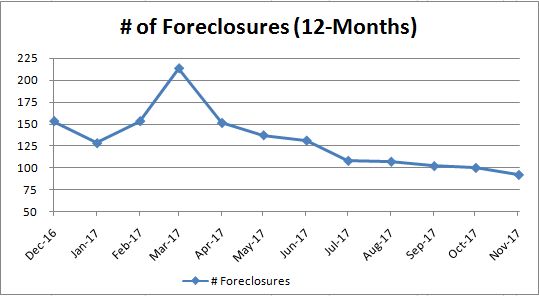 The volume of foreclosure purchases since December 2016 (12 months ago) has decreased approximately -39.9% and the volume of short sales decreased of approximately -59.5%. The current percentage of foreclosure sales and short sales sold is only 1% of the market which indicates a healthy market. Unfortunately, there are still some homeowners who bought between 2005 and 2007 that are still up-side-down as shown in the yearly average sold price chart above.