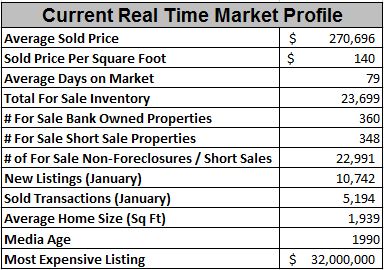 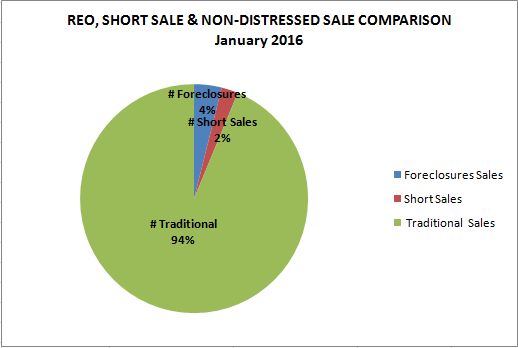 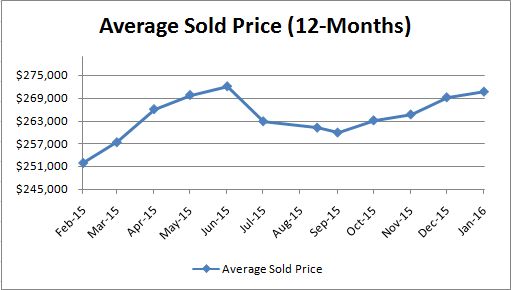 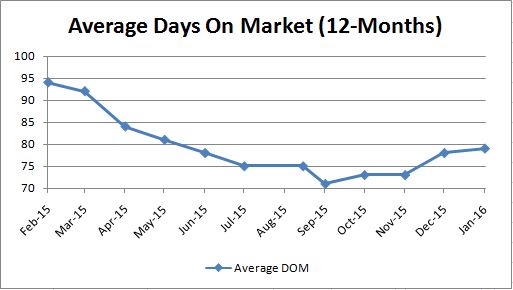 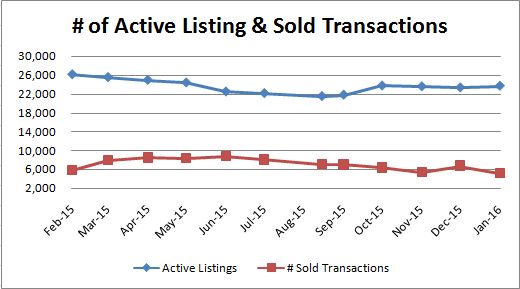 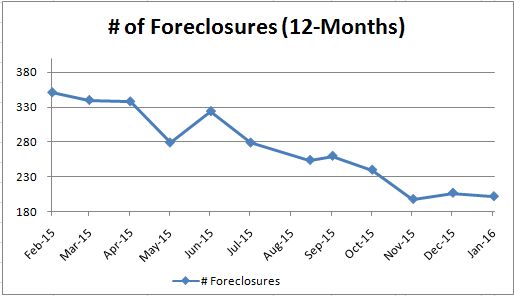 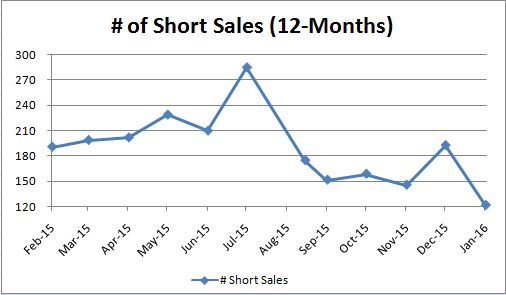 The current real time market profile shows there were approximately 10,742 new listings (up 4,607 from last month) on the market in January 2016 and 5,194 sold transactions. Since the beginning of the year the number of new listings has exceeded the number of sold transactions which the recent interest rate increase by the Fed may entice property owners to sell and tighter mortgage underwriting guidelines for borrowers are preventing new purchases. The number of total listing is still low as compared to 29,308 listings in April 2014 but this dramatic increase in the number of listings could be a sign for market reversal.

Since February 2015 (12 months ago), the average sold price has increased approximately +7.5% (up from last month), the average days on market have decreased approximately -16.0% (up from last month) and the number of sold transactions have decreased approximately -10.6% (down from last month). Since the month of May 2014 the average sold price has teeter tottered up and down with no upward trend but in April 2015 the average sold price jumped higher than the last 12 months. Last year’s summer buying season was strong where we saw prices decrease from July to September but during the holiday season prices started to increase. If the number of new listings continues to increase and the number of sold transactions decreases, then prices may start to decrease again in 2016. Let’s hope this summer’s buying season is better than last year.

The volume of foreclosure purchases since February 2015 (12 months ago) has decreased approximately -42.5% and the volume of short sales decreased of approximately -36.1%. Since November 2014 the volume of foreclosure purchases went up and now the trend is back down once again. Also, since August 2013 the volume of short sale purchases have consistently decreased because the inventory of homes “up-side-down” have been exhausted and values have risen to a point where consumers can break-even or sell with some equity but some homeowners are still up-side-down depending if they purchased their homes between 2005 and 2007.