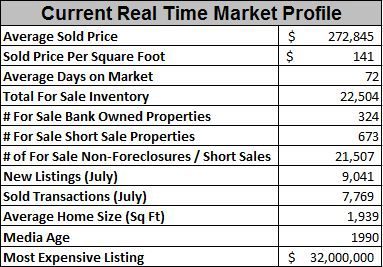 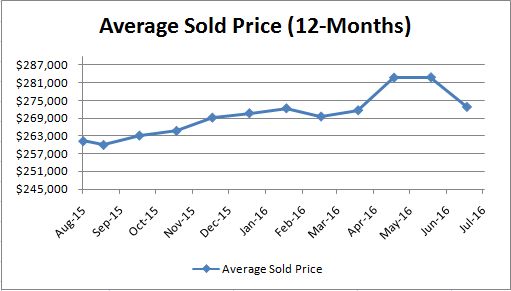 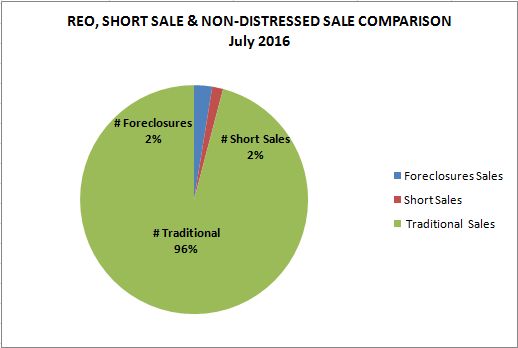 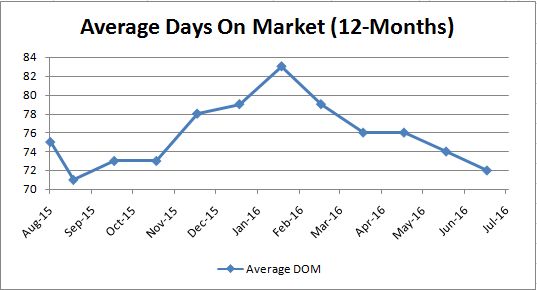 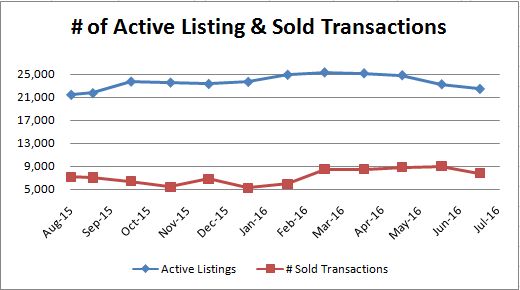 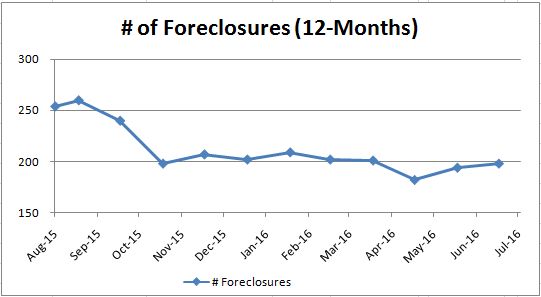 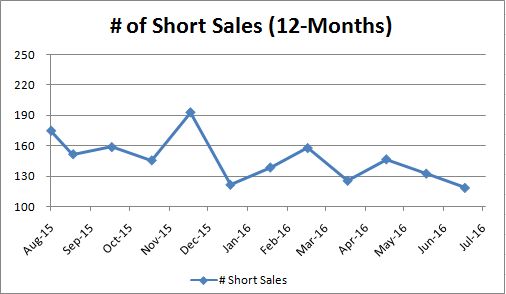 In July 2016 the average sold price took a steep dive south as well as the number of sold transactions. This could be the formation of a new trend due to upcoming presidential election or it could just be caused by the lack of buying due to buyers taking summer vacations. Last year’s summer buying season was weak where we saw prices decrease from June to September. This month buyers demand is down by 1,208 transactions but the overall average days on market is still low which is good news the month of July was just a slow month in the market. Since August 2015 (12 months ago), the average sold price has increased approximately +4.5% (down from last month), the average days on market have decreased approximately -4.0% (down from last month) and the number of sold transactions have increased approximately +9.6% (down from last month).

The volume of foreclosure purchases since August 2015 (12 months ago) has decreased approximately -22.0% and the volume of short sales decreased of approximately -32.0%. Since November 2014 the volume of foreclosure purchases went up and now the trend is back down once again. Also, since August 2013 the volume of short sale purchases have decreased -474.8% because the inventory of homes “up-side-down” have been exhausted and values have risen to a point where consumers can break-even or sell with some equity but some homeowners are still up-side-down depending if they purchased their homes between 2005 and 2007.