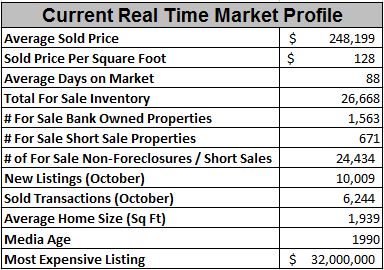 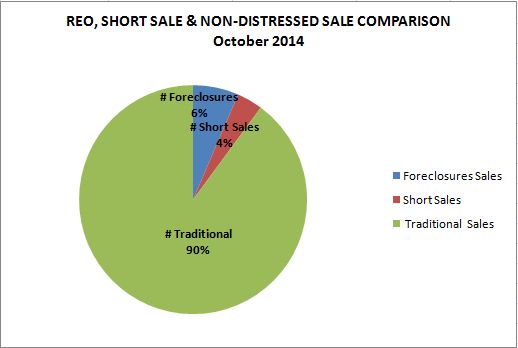 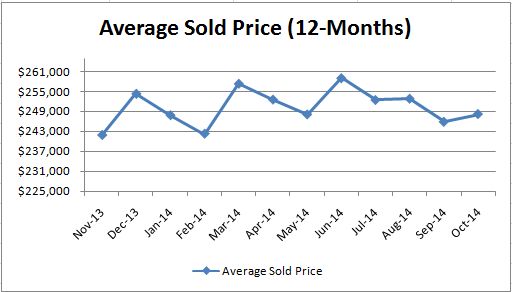 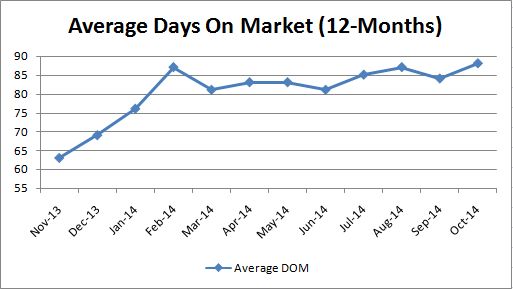 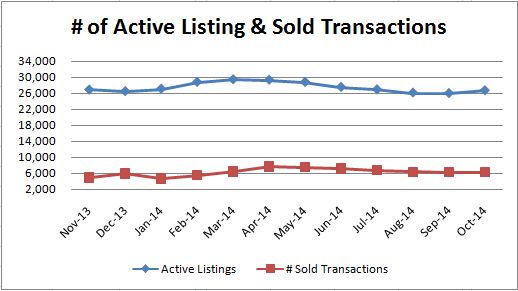 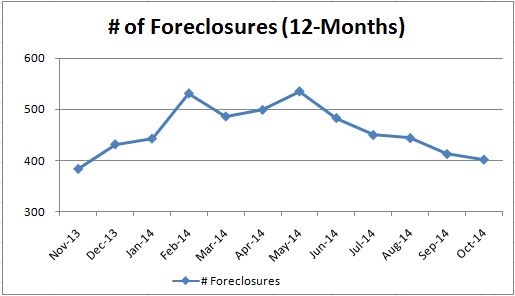 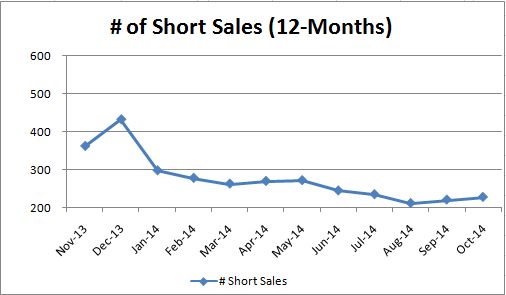 The current real time market profile shows there were approximately 10,009 new listings on the market in October 2014 but only 6,244 sold transactions. Currently the number of transactions is back down to the amount experienced in 2008 and as a result there is an increase in inventory because the number of listings is not being purchased at a fast enough rate.