You’ve done the work to clean up your credit score, scrape together a down payment and pry a preapproval letter from your mortgage lender. Cheers!

Getting preapproved is a smart move, especially in a seller’s market characterized by tight inventories and, in some regions, bidding wars. Having a lender’s letter in hand signals to sellers that you’re a legit buyer whose offer merits serious consideration.

Even so, a preapproval letter is just a conditional commitment. It can be withdrawn if your financial situation changes in a way that makes your lender nervous. 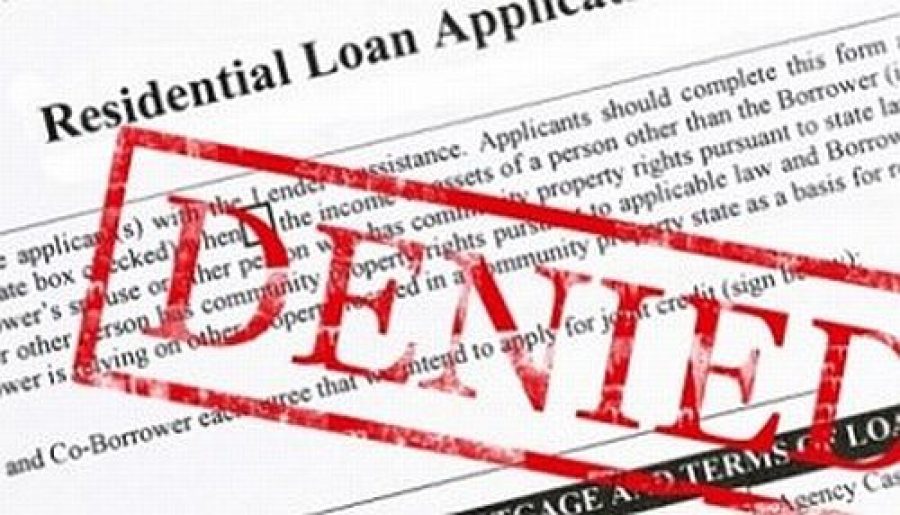 There are a few surefire ways to get rejected after you’ve been preapproved. Among them:

There’s nothing wrong with leaving a job to take a similar or better-paying position at another company, so long as you remain a full-time employee who gets a W-2 form at the end of the year.

“If you’re going from a W-2 job to a W-2 job, that’s fine,” Schang says. However, taking a significant pay cut will raise red flags. So will switching from a salaried job to a position where you’re compensated mostly on commission. And quitting your job to launch a new venture is a no-no, at least when it comes to keeping your mortgage approval.

The best play: Wait until after you’ve closed on your house and started paying your mortgage to quit your job and pursue your entrepreneurial dream.

This is an obvious bit of advice, but one well worth heeding. In the weeks or months after you get preapproved and before you close on your home, keep your spending impulses on lockdown. That means no new credit cards, no car loans and no big-ticket purchases of any kind. Ignoring this rule of thumb is likely to bring scrutiny from your lender.

Running up a balance on a new credit card will lead your lender to re-examine your debt-to-income ratios, Carson warns. If you were on the borderline before your shopping spree, the new bills could kill the deal.

Say you have a preapproval letter but realize you could get a better mortgage rate with a higher credit score. Don’t make the mistake of trying to be a hero — it’s likely to backfire, Carson and Schang say.

Paying off delinquent debt, settling up with creditors who have charged off an old debt, canceling credit cards — all might seem like responsible moves, but they’ll hurt your credit score.

“That’s one of the backwards things with the credit scoring system,” Schang says. “If you cancel a card, that will drop your credit score significantly for 60 to 90 days before it starts to creep up.”

It’s unclear exactly how much your score will fall if you cancel a card, but the hit could amount to as much as 40 points. Paying down an old balance presents a similar quandary. You think you’re cleaning up your finances but your lender just sees more available credit, Carson says, and you could be jeopardizing your credit score.

And when it comes to credit scores, not all debt is created equal. Before you close on a home — and ideally before you seek preapproval — you’ll need to pay off any liens, old tax bills or current debts in collection. However, if a debt has already been charged off — that is, the creditor isn’t expecting any more payments — paying it will vault your old debt to a “current” status and actually lower your credit score.

So the rule of thumb for retiring charged-off debt is the same as the guideline for taking on new debt: Wait until after you’ve closed on your home.

Down payments are a challenge for first-time buyers, and many hit up relatives for help. However, receiving any sum that amounts to more than half your regular paycheck is likely to draw scrutiny from your lender, Carson says.

Banks want to make sure you aren’t laundering money. They also want to be certain any sudden windfalls are in fact gifts and not loans. “If money is moving around, that’s going to be a red flag for an underwriter, and they’re going to pull out the magnifying glass,” Schang says.

The good news is that receiving a gift doesn’t need to kill your preapproval. But your bank likely will require you to provide a paper trail that includes a letter stating the money is a gift and two months of bank statements from the gift giver. “It can be a little tedious,” Carson says.

The wiser move, Schang says, is to have your benefactor wire the down payment gift directly into your escrow account.

Keep in mind credit scores are based on complex calculations, and every borrower’s situation is different. In general, though, your overall financial situation matters.