The Consumer Electronics Show (CES) is not an appliance show – not yet, anyway. Whirlpool and Bosch had appliances at CES this past week in Las Vegas, but Haier showed mostly TVs in its exhibit space. Other white goods brands such as Sears, GE, Maytag and Electrolux did not show off any major appliances.

Instead, it was mainstream Korean electronics brands Samsung and LG who played “can you top this” where smart appliances – mostly refrigerators – were concerned.

First, Samsung announced its Family Hub Refrigerator (available this May), which is essentially a 21.5-inch vertical tablet with a four-door refrigerator attached.

The Family Hub fridge is equipped with a 1920 by 1080p touchscreen with Wi-Fi, Bluetooth and speakers. Its pre-installed apps are family- and kitchen-centric, such as a combined schedule app that syncs everyone’s Google or Apple iCal calendars, as well as a food shopping app called Groceries by MasterCard.

Inside the Hub fridge are two fish-eye cameras which snap a photo of the interior contents each time the doors closes. Photos can be viewed on the pending Samsung appliance app for shopping remotely. Interior cameras seem to be a growing smart fridge trend. 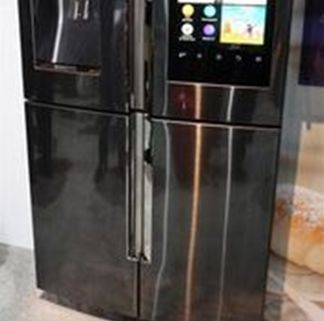 LG countered with its Signature refrigerator, which has a view-through window that turns translucent or dark by simply knocking on it. The door opens when you step on an “open door” holograph projected from the fridge onto the kitchen floor – and the fridge is smart enough to differentiate between you and a dog or cat who might happen to wander by. LG didn’t provide timing for when the fridge will be available. 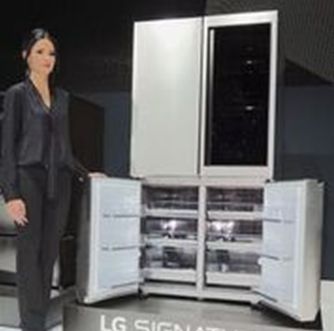 Not to be outdone, Whirlpool announced its Connected French Door refrigerator, out this spring, along with a smart dishwasher and smart ranges in both gas and electric. All can be monitored and controlled from Whirlpool’s app, so you can check the refrigerator’s contents via internal Wi-Fi cameras, monitor and moderate the fridge’s varying zone temperatures, or initiate speed ice-making for parties.

As a result of Smart Appliances dependence on human interaction, appliances can’t perform much “If This Then That” (IFTTT) automation, nor can they work together—the washing machine or dishwasher won’t automatically eject its contents once the cleaning cycle is done, for instance, nor can a refrigerator order groceries by itself (at least, not yet). So just how “smart” appliances can ultimately become is an open question.

Despite these intelligence limitations, both Samsung and LG, along with Bosch, are attempting to build appliance ecosystems. In mid-2014, Samsung bought smart-home platform SmartThings, and all the company’s 2016 UHD TVs will double as SmartThings hubs and enable on-screen monitoring and control. 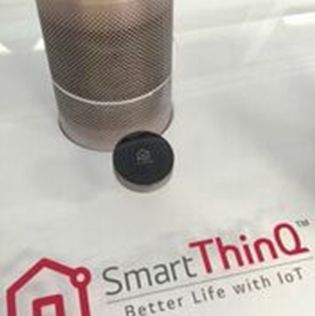 LG continues to promote HomeChat, a text-based, man-to-machine form of communication. But LG’s top-of-the-line Signature appliances lack HomeChat, which may imply the feature’s abandonment or absorption into Smart ThinQ.