Billionaire Donald Trump made much of his fortune as a real-estate developer.

But it’s not yet clear what his presidency will mean for the wealth of homeowners, though many of us are trying to figure it out.

President-elect Trump’s plans for Wall Street, immigration, a border wall and builder regulations could all impact the housing market, particularly in Arizona.

Let’s examine how some of his policies could affect homeowners here:

The most immediate impact on the housing market came right after the election when mortgage rates jumped. Homebuyers and homeowners trying to refinance across the country were jolted as the 30-year mortgage rate jumped above 4 percent early last week. Some buyers balked, and mortgage applications fell 9 percent.

A drop in home sales can turn into slower appreciation in values and a stalled recovery. But the current higher interest rates aren’t all on Trump.

Rates were rising before the election as investors jittery about the market poured more money into Treasury notes, pushing up their yields and mortgage rates.

One thing we do know is Trump wants to quickly dismantle the Dodd-Frank law that went into effect six years ago in the middle of the crash. Dodd-Frank covers a lot including protecting consumers from predatory lending and regulating banks from getting too big to fail as well as investing in hedge funds. The goal of the package is to prevent a repeat of the crash. 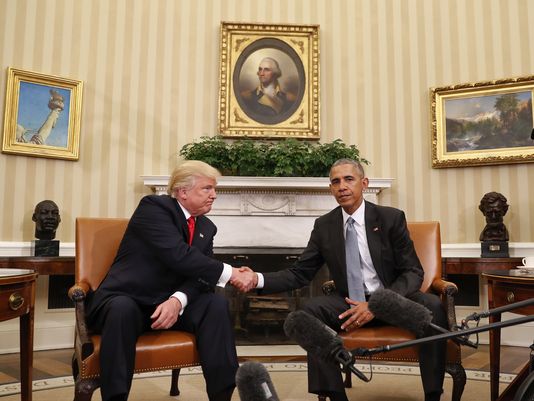 Mark Stapp, real-estate expert and director of the Master of Real Estate Development program at Arizona State University, told me that any impact on the capital markets that make it easier to get a loan would be positive.

But there’s concern among other housing advocates that too loose of lending guidelines get us back to the bad loans that led to the boom and crash.

What could affect the housing market the most in Arizona are the president-elect’s plans to deport undocumented workers and build a wall between the U.S. and Mexico.

He said 10,000 will have no significant impact on metro Phoenix’s housing market. Two million “will create significantly lower demand for housing. And 12 million would devastate housing.”

Building a wall would impact Arizona’s population but also will likely mean more jobs while its being built in our border state, he said.

About 190,000 metro Phoenix residents aren’t in the U.S. legally, according to national research. That many people translates to about 100,000 Valley households.

“Overall, a smaller population means a smaller economy,” Orr said about both immigration and the proposed wall.

“It’s a solution to getting more affordable housing,” he said. “The argument suggests that if people here illegally left, no one would take their place. I don’t think that’s true.”

Kavanagh believes the jobs and homes left vacant by Trump’s deportation plan would be filled by “millions of people who are waiting to come here legally.”

We all will be watching this closely.

Homebuilding hasn’t recovered from the crash in metro Phoenix, though that part of the market is having its best year in nearly a decade.

In an August speech to the National Association of Home Builders, Trump said the homebuilding industry is overregulated

He estimated that 25 percent of the cost of a home comes from regulations and said the figure should be closer to 2 percent.

Arizona has much lower homebuilding regulation costs than California and the East Coast, so this move by the president-elect could have a smaller impact here.

Also, Stapp said, “claims of eliminating regulations to lower fees are suspect because most are local and not federal.”

He thinks a Trump policy that focuses more on helping increase demand from homebuyers instead of trying to “marginally” cut federal building costs will be better for the housing market.

Trump inherits an economy with a housing market nearly recovered from a catastrophic crash. President Barack Obama came into office eight years ago as the economy and real-estate markets were in free fall.

Now that the new president will be renting at the White House, it’s important for our incoming president to redirect his real-estate expertise from his own portfolio to the nation’s homeowners.