Every year at the Consumer Electronic Show (CES), we marvel at all the new tech, gaze at the new cars, and generally dream about an unlimited bank account to deck our houses out with all the newest gadgets. But, the reality is that some of the things we see never come to market, some look thrilling but way over promise on a functionality scale, and some are just plain head-scratching.

So, this year we took a look at CES from the viewpoint of what’s most wanted and perhaps even most practical, for today’s consumers. Here’s the stuff we saw at CES this year that can add a little something (or a whole lot) to your house.

When it comes to appliances showcased at CES, there are typically some big wins, and then some curious other stuff. Eater called this year’s show “a Jetsons-esque carnival of futuristic electronics, homewares, and appliances,” which would be a hilarious description if it didn’t also ring true. “For every item that shows innovation or promise, there’s at least one more that appears to be the product of a failed brainstorming session where somebody suggests, “why not make this appliance connect to the internet?”

While some experts were generally unimpressed with appliances that did little to best last year’s reveals, there were a few that shined, including the Panasonic Countertop Induction Oven. “It quickly grills, bakes, re-heats and requires little or no preheating, resulting in perfectly cooked meals,” said Panasonic. The appliance was selected as one of CES’ 2017 Innovation Award Honorees and is available now for $599.95. 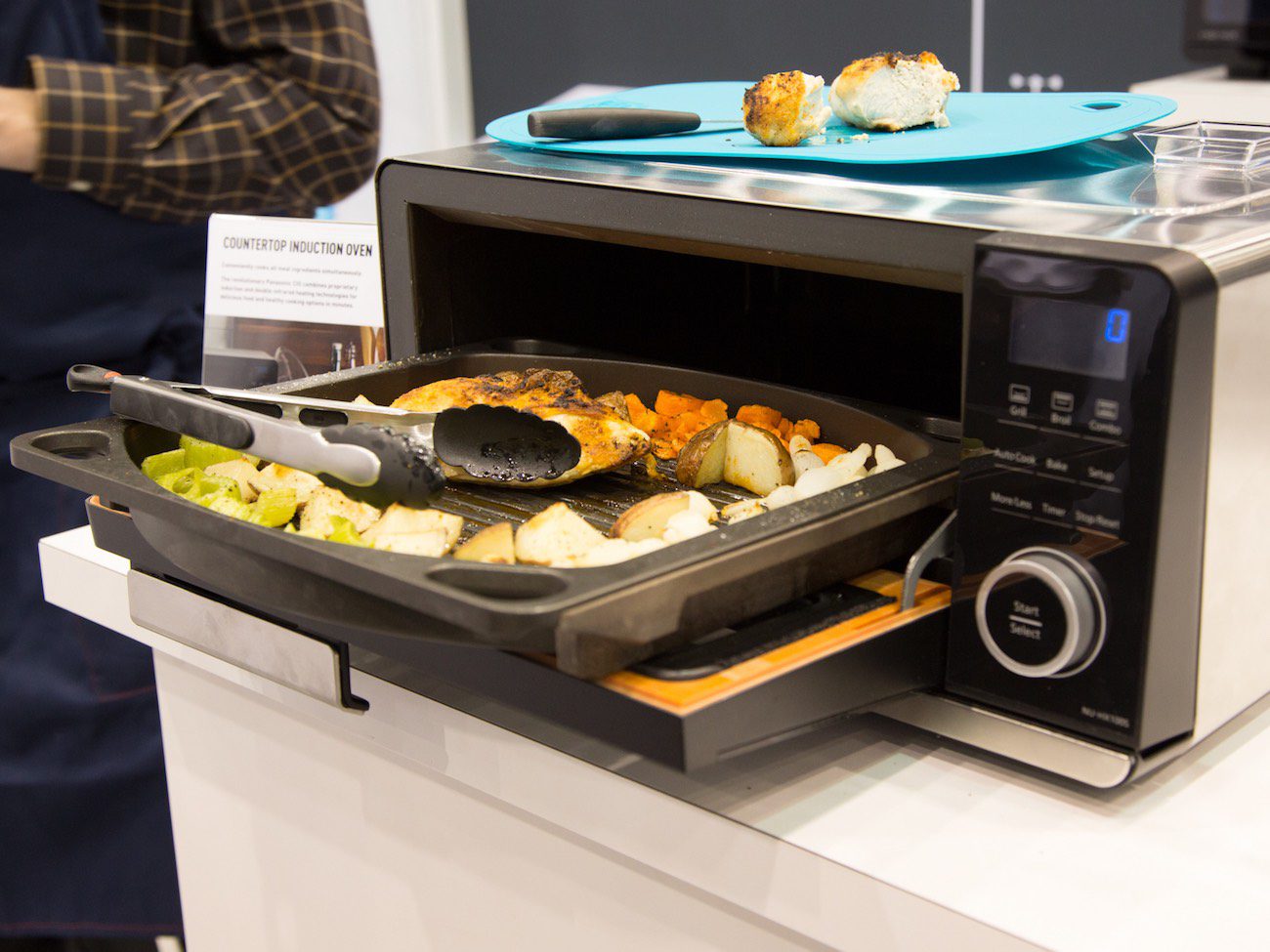 Whirlpool emerged as one of the biggest winners are CES, with several exciting advancements and enhancements that people should love. They “unveiled a new Alexa skill that’ll let you control its web-connected appliances using voice commands. That includes the new smart all-in-one washer-dryer hybrid that Whirlpool also announced this week,” said cnet (more on Alexa later). “We also got a preview of Whirlpool’s new Scan-to-Cook feature, which lets you use your phone to scan the barcode on the packaging of whatever you’re cooking. From there, you can send ingredient-specific cooking instructions straight to your connected Whirlpool appliances. All of it added up to a busy show for Whirlpool, and signaled that the venerable brand is determined not to get outsmarted.”

CES is the favorite place to roll out the biggest, fanciest, thinnest, most drool-worthy TVs of the year, and the 2017 show was no different.

The Sharp 85″ 8K TV has a picture – and a size – that people went nuts for. COOL MATERIAL called it “mind-blowing,” saying that, “No picture will do it justice, unfortunately. You could get an inch from the screen and still not believe you were looking at a picture. Due to the insane crowd around it at all times, a heist would have been extremely difficult.”

Not big enough? How about the Hisense 100 Inch Laser TV, which “uses a short throw projector underneath it to achieve that maximum size” and project a clear 4K HDR picture. “The $13,000(!) package even comes with a nice pair of speakers (and subwoofer),” said Paste Magazine. 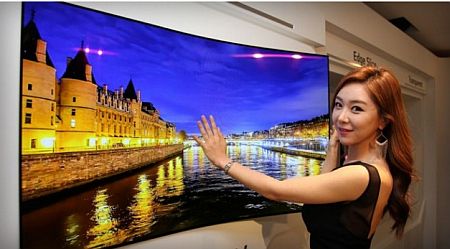 LG’s objective this year was to continue to showcase their ultra-thin TVs, and this year’s version, The LG Wallpaper OLED TV, was a huge hit. “This new television from LG was by far the most impressive new piece of technology at CES this year,” said Paste. Essentially, the display is as thin as a credit card and sticks to your wall without any cords or anything. It’s like shooting a projection on your wall, except that it’s bright and beautiful like any modern OLED TV. The brains and port access to the TV are all stuffed in the large Soundbar, which sits at the bottom of your setup.”

Sometimes, the smallest stuff makes the biggest difference. Stick-N-Find is a bunch of Bluetooth-enabled buttons that you can stick to anything you fear losing – your car keys, your remote control, even your dog. You then use your app to find your missing stuff. A former Indiegogo project that raised more than 1000% of its goal, Stick-N-Find is available now.

It wasn’t the slickest thing we saw at CVS this year. In fact, cnet said it looks “like Roku mated with Fisher Price.” But AirTV Play might just be the most life-changing. From Sling’s parent company Dish, AirTV Play allows enhanced live TV streaming that just may make you cut the cord this year.

Alexa was absolutely everywhere at CES, and the domination has only begun. “There was hardly a smart-home product, let alone any product, at CES this year that wasn’t advertising its compatibility with Amazon’s Alexa ecosystem,” said The Wire Cutter. “Now that Amazon (as well as Apple and Google, to a lesser extent) has convinced millions of people of the usefulness of voice control in their homes, manufacturers are in a mad rush to add the feature to their own products.”

If you’re looking for a place to start integrating the smart home stuff into your world, look to the Lenovo’s Smart Assistant, “which launched its own Echo-like speaker using the Alexa natural-language processing system,” they said. “To differentiate the Smart Assistant from the original Echo, Lenovo is making its model available in three colors (gray, green, or orange); the unit comes in a budget $130 version and an upgrade $180 version that replaces the standard speaker with a Harman Kardon system for better sound.”

In addition, “First Alert is working on an Alexa version of its Onelink smart smoke alarm, though that won’t be out until late 2017 or even 2018. Even lamps are coming out with Alexa support. Dish announced that its Hopper super DVR will soon work with Alexa; so too will the ADT Pulse security platform, plus a few Whirlpool appliances that let you preheat your oven or check how much time is left on your dryer’s cycle, and a Samsung robo vacuum.”