Does your home need a drone?

If you’re selling your house in 2016, it might not be a bad investment. Same with using virtual reality and staging. Even in this market where sellers have the upper hand because of tight inventory, some new high-tech marketing techniques now making their way into the real estate market might help lucky sellers get even more attention.

“The power of these tools is that it motivates people to take action,” said Brian Balduf, chief executive of VHT Studios, a home photography, video and virtual staging company in Chicago.

Here’s some new methods sellers are using to attract buyers:

The tried-and-true method of home staging with over-stuffed rental furniture and some carefully-placed candlesticks and wall art has a new partner, or perhaps new competitor — virtual staging. Thanks to Photoshop and other visual effects software, virtual staging companies can take an empty room, or a room with older furniture, and make it contemporary. Even adding light fixtures and different wall colors can be done at the click of a mouse.

Virtual staging really became popular during the recession, by helping banks and other homeowners attract buyers and move properties like foreclosures more quickly, said Balduf. “It helped people visualize what could be there,” he said. And while a traditional stager can only do one look for a room at a time, a virtual stager can see how it all comes together as an ensemble s, said Balduf. It also allows sellers to mix and match different styles of interiors with buyers. “You don’t always know what the buyer wants, maybe if it’s a Victorian on the exterior, they want a Victorian interior instead of contemporary,” he said.

Exterior virtual staging is also a growing field, showing how a house looks at twilight, nighttime, or in the daytime, as well as summer, fall and winter. The cost is far less than real staging at about $100 a room, compared to as much as $5,000 a month for staging costs, Balduf said.

Balduf said a professional virtual stager can make a virtual room layout look imperceptible from an actually staged room, by careful use of shadowing and shading. Anybody can take some clip art and shop it into a photograph,” he said.

Virtual staging also allows a room to be recreated for different uses, such as creating an image of a child’s bedroom with toys and bright colors for a family or a study with office furniture for an older couple, said Balduf.

Of course, there are key ethical factors involved. While virtual stagers can swap out furniture, or remove garbage cans from an exterior shot, most say they won’t ever remove something permanent from a photo, such as a water tower or an high-tension electrical pylon. “Removing a water tower crosses a line,” he said, and he often has to caution agents and sellers of the ethics of removing permanent features. Still, Balduf says adding a fire in a fireplace or greening up grass is acceptable in virtual staging

Chris Kershisnik, a Realtor in Germantown, Md., said virtual staging doesn’t present an ethical issue to him, but buyers still need to get their actual eyes on the property before they buy. “I don’t think virtual software or Photoshopping a picture frame is a problem,” he said. “The pictures are meant to generate a showing.”

”Others don’t even view the property first. Bruce DarConte, also a Realtor in Washington, D.C., said that sometimes virtual staging is the only way you can see what a property might look like, especially when the homes haven’t been built yet. “I bought my home without ever seeing it. Just a model and floor plan,” he said.

Shell Brodnax, the chief executive of the Valley Springs, Calif.-based Real Estate Staging Association, or RESA, which represents physical stagers, said the organization doesn’t in most cases allow its members to use any of the virtual techniques at all.

“RESA does not endorse virtual staging,” she said. “Staging is a physical act of using furniture, art and light as accessories to create a visual way to showcase a property for sale. What some call ‘virtual staging” is really an artistic rendering of a room.” For example, RESA members cannot add or take away furniture in a scene, or change wall colors, or change exterior views. Only small blemishes can be removed, such as lamp cords, she said.

If you do go with a virtual stager, like anything else, check the quality of their work and ask to see samples, says Balduf. Also, ensure that you and your agent are up front to buyers agents and buyers that what they see is what the home could look like, not how it does look like, he said.

If you’re selling a home and want to show off its surroundings, consider a drone. In real estate, the three most important things are location, location, location. And using a drone is an easy way for properties to show off locations, whether the property is on a beach, near a golf course, or next to some other amenity.

Prices for a drone range from $200 to $500 per shoot and can shoot still photography or full-motion video, said Dan Isaacson, owner of CAVU Aerial Photography, a drone operator for real estate and commercial clients in Chicago, whose 50-pilot company shoots about 80 to 100 drone videos a week nationwide, with about 80% of the shoots real estate related. 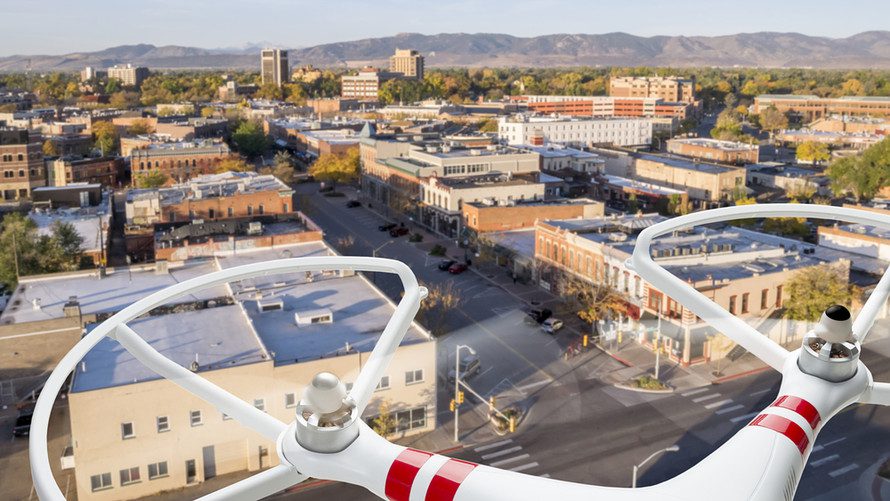 “Every single house has a story to tell that isn’t shown by traditional still photography,” he said. Often a drone can help a buyer too, by steering them away from a home where there are visual blights like water towers or electrical pylons. “There’s always something that can be a deal-breaker, like the home is near a freeway or in a cul-de-sac,” said Isaacson “You wouldn’t have known that with just a still photographer.”

Not every property can use a drone. Under FAA rules, the 6,000-plus commercial operators must be licensed pilots, can’t fly their drones higher than 400 feet and they can’t be closer than five miles from an airport. So if you live within five miles, using a drone is out, said Isaacson. Most drone operators however have GPS so they can tell in advance whether they can use a drone near your home, he said

Drone operators advise consumers to look at the body of work before you buy. “You’re not buying a pilot, you’re buying a visual marketer. Just because they know how to fly it, doesn’t mean they’ll do a good job showing off your house,” said Balduf. As the client, you have creative control of what the drone can shoot, so use it to your advantage, Balduf said. “A good pilot will work with a homeowner by doing a walk-through and story-boarding,” said Isaacson.

Keep in mind though that like any photography, put your best foot forward by putting trash cans away, tying up hoses and putting toys and cars in the garage, said Isaacson. Still, just like a virtual stager, an ethical drone photographer won’t edit anything permanent out of the footage they shoot, he said.

If you don’t want to spend a day in a car going house to house looking at various properties, then 3D virtual tours are likely going to be a major boon to buyer, seller and Realtor. Soon, buyers will be able to walk through homes, either from their own home or at an agent’s office. “You are immersed in the house and you can navigate room-to-room,” Balduf said. 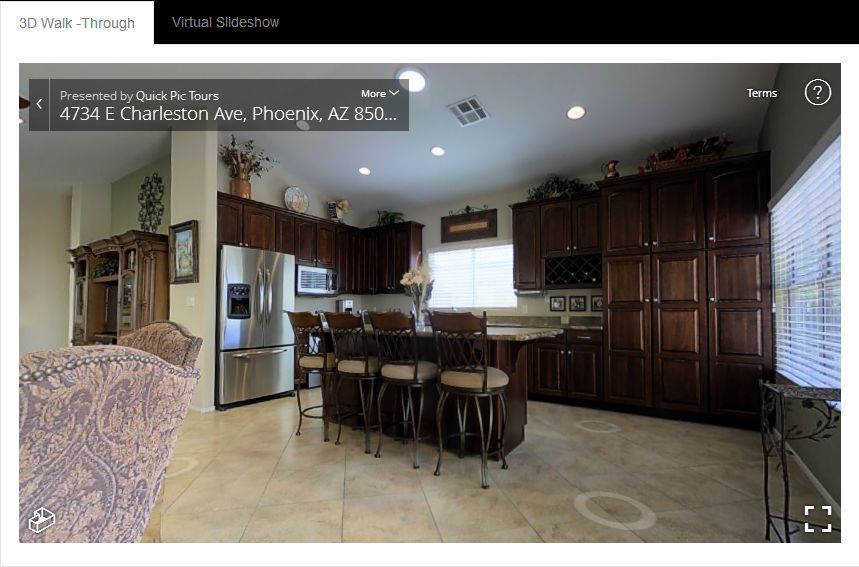 Realtors, who often have to pay their own way to drive clients, are some of the biggest proponents of 3D tours, which can help narrow down homes before they’re ever seen in person. In addition, 3D tours can improve safety for Realtors (especially female Realtors), who are often advised never to show a property after dark and always to tell their brokerage where they are and to have them check in regularly.

A 3D-tour costs about $200, said Balduf, though it can take longer than a regular photo shoot, with about an hour for set-up and camerawork in each room. Turning the raw 360 degree footage into a 3D shoot takes about another two days, Balduf said.

“Some agents say, ‘There’s nothing special about this property,’ but to me that’s a perfect reason to do something different,” said Balduf. “A home is the most expensive product they’re every going to buy, so they don’t want to see some photos some agent took with their iPhone,” he said.