The new tax law brought welcome news for people who rent out their homes for short periods. And it likely will entice even more people to do it. 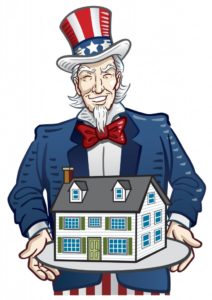 To be sure, the tax rules are complicated and the Internal Revenue Service and the Treasury Department haven’t issued the final regulations yet. But here are some ways short-term landlords could benefit:

Property-tax deductions
The new tax law caps state and local income-tax and property-tax deductions at a total of $10,000; previously there was no limit. But there may be a way around this new cap for people who rent out their home or vacation property for at least 15 days a year, tax experts say.

Here’s how it might work in practice, according to Stephen Fishman, a legal writer and author of several Nolo do-it-yourself legal guides, including one on short-term rentals.

Mortgage interest
The new law also caps mortgage-interest deductions for first and second homes purchased during 2018 through 2025. Under the new tax plan, you can only deduct mortgage interest on loans of up to $750,000 over that eight-year-period; the previous limit was $1 million.

However, “a rental property does not fall under those rules,” says Robert Gilman, a partner at New York-based accounting firm Anchin, Block & Anchin LLP. “On a rental property, you could have a mortgage of $10 million and deduct the full amount of the interest.”

“If the property is part rental and part residence, you can deduct the mortgage interest without limitation for the period of time that it’s a rental property—provided it rented for 15 or more days,” Mr. Gilman says.

You can’t double dip, though, so if you claim a deduction on Schedule A, make sure you don’t also claim it on Schedule E and vice versa, Mr. Fishman says.

Other deductions
Another benefit for owners renting out their homes is that the new law makes it easier than ever to deduct in a single year the cost of personal property like furniture or appliances used by renters, Mr. Fishman says.

Say you buy furniture or appliances for your home rental property. You can now deduct 100% of your tax basis (the cost times the percentage of the year the property is rented) in one year for purchases made during 2018 through 2022. In the past, you had to deduct the cost of the property over five or seven years, depending on the item—and all the items had to be new. Now they can be used as well, Mr. Fishman says.

Disclaimer: Position Realty is not a tax accounting firm. Before implementing any ideas in this article you need to speak with your tax professional.