As demand increases, rents continue to rise, increasing 5 percent over the past 12 months. Meanwhile, the asking prices for homes fell 0.7 percent in that time, according to a new report released Thursday by Trulia Inc.

“Buying a home is more affordable than renting now in almost every part of the United States,” says Jed Kolko, Trulia’s chief economist.

The national vacancy rate for apartments during the first quarter fell to its lowest point since late 2001, according to a report by Reis Inc. Cities that have the lowest number of available rental units are seeing some of the largest increases in rents.

“A lot of people who were owners lost their homes in the bust in these places,” Kolko says. As such, many of these former home owners have turned to renting, which has been ramping up demand and driving up rents across the country.

The demand for Phoenix az rentals has increased substantially due to the number of people losing their homes to foreclosure. Phoenix rental rates are also increasing and makes purchasing a home a more affordable option to consider. If you are able to purchase, then now is the time to get out from under paying your landlords mortgage and start earning some equity. 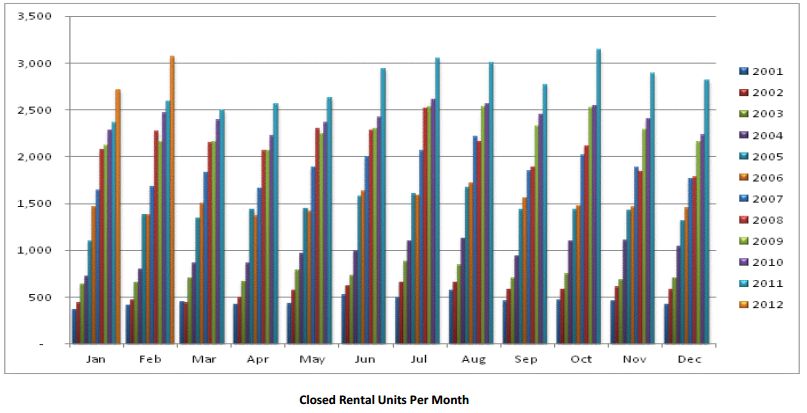