Think you need to come up with 20% for a down payment in order to buy a house? It might surprise you to know that the median down payment for first-time buyers last year was just 7%, per the National Association of Realtors®. And there are plenty of loan programs out there that require far less. The 20% myth is just one of the things that’s keeping homeownership out of reach. We’re digging in to seven others. 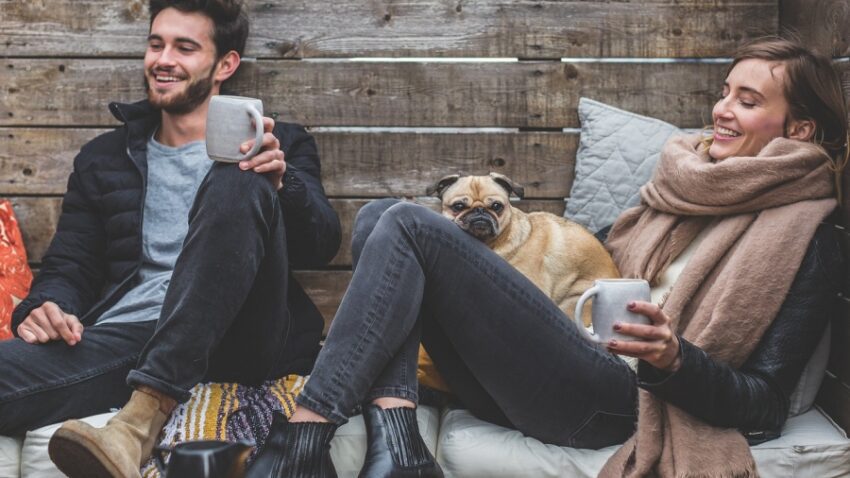 You need to be well-established in your forever career
There has been a lot of discussion about how millennials are waiting longer and longer to purchase homes. “As a result of their consequent struggle to save, millennials are delaying major life milestones like getting married and buying a home,” said Business Insider.

Nonetheless, there are still millennials jumping into the market because, even know their name isn’t yet on the door, they’re excited to have a home in their name. Having a stable job, a comfortable salary, and the desire to own a home may just be enough.

Sure, you might not be ready to buy the house of your dreams or move to the neighborhood where you can imagine raising kids and, someday, retiring, but that doesn’t mean you’re completely out of the game. A smaller place closer to work or an attached property can, quite literally, get your foot in the homeownership door and allow you to start earning equity.

You have to be completely out of debt
Recent data shows that nearly half of all undergraduates are delaying homeownership because of student loans. “According to a recent Federal Reserve study, a $1,000 increase in student loan debt lowers the homeownership rate by about 1.5%, equivalent to an average delay of about 2.5 months in attaining homeownership,” said Clever Real Estate. “For the average college debt holder with $37,000 in debt, that ends up being about a 7.7-year delay in their path homeownership.”

Regardless of your debt, whether it’s from student loans or credit cards, it may still be possible to qualify for a mortgage and afford the payments, especially because rents are often comparable to mortgage payments. Mortgage underwriters don’t expect homebuyers to be debt-free; In fact, having no debt might actually work against you. They like to see responsible credit use and management.

You need to have a family
Yes, many would-be homebuyers hold off until parenthood is looming, because they’re not ready to move to the suburbs, get married, and have kids. But, a third of today’s new homeowners are unmarried, according to CITYLAB. “The shift is detailed in a new working paper from Harvard University’s Joint Center for Housing Studies, in which researchers crunched demographic data from HUD and from American Housing Surveys taken every other year between 1997 and 2017. Perhaps the most notable departure from 20 years ago is the marital status of new homeowners. According to the paper, the share of married buyers declined from 61 percent in 1997 to just over half by 2017. Meanwhile, 35 percent of first-time homebuyers in 2017 had never been married.”

You need a 30-year conventional loan
There are tons of different loans that can help you purchase your first home, make payments more affordable and/or give you the flexibility you need to make homebuying affordable. FHA loans are among the most well-known and most popular loans for first-time buyers because they require just 3.5% down and have low credit score requirements. Other loans worth looking into depending on your circumstances include: government VA loans for veterans; USDA loans for properties in rural areas; and loans like Fannie Mae’s HomeStyle Renovation loan, which gives buyers bundled funds to purchase and make improvements to their home.

You need to have great credit
If your score isn’t in the 800s, or even the 700s, it doesn’t mean you’re going to be living that apartment life forever. You might be surprised to see the credit score minimums for some loans. “While there is no official minimum credit score for a home loan approval, the minimum FICO credit score for conventional loan approval tends to be around 620,” said Credit.com.

It has to be your primary home
“Some rich urban millennials are choosing to rent in the city and buy a vacation home instead of a primary residence,” said Business Insider. Meanwhile, some other savvy investors are continuing to rent and plunking down money to purchase homes in tourist-friendly locations so they can take advantage of the AirBNB craze. “According to Priceonomics, hosts on Airbnb are earning more than anyone else in the gig economy and are raking in an average of $924 a month,” said Travel & Leisure. “Airbnb hosts make nearly three times as much as other workers…with some hosts making more than $10,000 per month.”